My first opinion of this book was that it was going to focus on the typical discussions of women and shame. Set in a predominantly Muslim society, I expected something much more stereotypical and clichéd. So I was quite pleasantly surprised when the book turned out to be very different from my expectations.

Let me say at the outset that many of the cultural aspects in the book seemed foreign to me, despite me sharing the same religion as the characters. There were certain beliefs and practices in the book that would not be regarded as part of Islam for many Muslims. To give one example, the rules of Islam forbid a man to be married to two sisters at the same time. Similarly, some of the practices described with regards to illness and magic would also be frowned upon by many Muslims. Nevertheless, at the same time I do understand that this is simply just a portrayal of Islam, as observed by an individual and perhaps as it has been practised by a particular group of people. I have to at least commend the author for making an attempt to portray different angles and viewpoints. Having said that, I will now focus on what I liked about the book.

The book is set at a time in history when Bangladesh was still known as East Pakistan and when that country still didn’t gain independence, towards the late 1960s, early 1970s. The historic and political discussion which underpins the story in this book thus makes for interesting reading. I personally did not know much about the history of Bangladesh and reading this book encouraged me to research more into this. In this regard I think the author has managed to start a discussion on very crucial topics, topics that are still, if not more, relevant in today’s times. 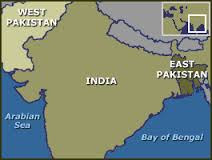 For instance, she brings up pertinent issues of culture and language and how Colonialism affected people’s lives on these different levels. Moreover, she begs the question as to whether foreign education in developing countries actually works for the people or against them. I particularly enjoyed the intellectual debates between characters in the novel. One of the main characters Sajib, for instance puts forth the question as to whether English really is the language of progression and whether American education in East Pakistan was valuable or if it served to further strip the people from their culture. Interestingly I could relate to these discussions so easily as we are still having the same debates and discussions today, this is relevant to me as a South African as well and we often find ourselves having to grapple with issues of cultural identity in the global world.

The political angle of the book did not overshadow the narrative and because it was so naturally written as part of the main story, it was not boring at all, instead it proved to be insightful.

The most important focus of this book though was on female liberation and independence. The protagonist is a young woman named Sariyah. Sariyah has always been different to the women around her. She is a woman of spirit an adventure, always interested in pushing boundaries and obviously this doesn’t sit very well with the people in her small rural village, especially her immediate family members. Sariya is destined to meet Rodney, an American volunteer who comes to teach in her village. The relationship that develops between these two characters brings out some of the most pertinent issues in the book. This is where Russell focuses personal issues of female freedom and what liberation means to different people and I think the friendship between these two characters also gives us insight into the need to develop an understanding of other people as opposed to simply making assumptions.

All in all I found this book to be a worthwhile read. Not only was it an educational experience but the story was intriguing as well.

Image 1 from here
Image 2 from here

The book comes out soon, to find out more see the publishers website: http://fbpublishinghouse.com/

Posted by Zarina Hassem at 9:36 PM

Email ThisBlogThis!Share to TwitterShare to FacebookShare to Pinterest
Labels: book review, without shame

The Holy Qur'an with English Translation 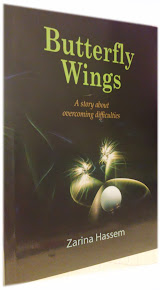 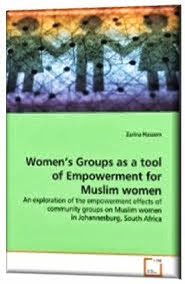 7 Things To Talk About

Zarina Hassem
Very happy to be a Muslimah and eager to do whatever I can to make a difference, 'psychologist', amateur poet and writer, student of Islam, always willing to learn and try new things

"Never will I suffer to be lost the work of any of you, man or woman: You are members one of another." (Holy Qur'aan- Surah 3: Verse 195)